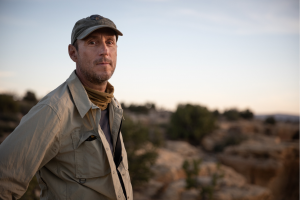 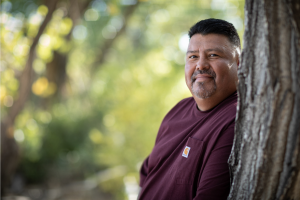 In the late 1990s, members of Santa Ana Pueblo embarked on a long-term project to restore their land, which had been damaged over the last century by multiple forces, including overgrazing, hunting, logging, and habitat fragmentation. Glenn Tenorio is former governor of Santa Ana Pueblo; he currently works with the pueblos’s Department of Natural Resources as a water resources specialist, and he’s also a farmer. He talks about the decisions the pueblo made to bring in outsiders like conservation scientist Dan Ginter, who for over a decade has been the range program manager. They talk about the goals and methods of the program––especially finding not only balance but synergy between wild land and agriculture––and the deep satisfaction in seeing the revival of pronghorn antelope, mountain lions, wild turkeys, deer, and elk populations, as well as native landscapes and watersheds.

This interview is part the Good Earth series, a project supported by the New Mexico Department of Agriculture Healthy Soils Initiative and led by photographer Esha Chiocchio. It features a set of eight videos on soil stewards in New Mexico. Please check out the short videos here.

All photos by Esha Chiocchio

Timeline:
2’22 25 year restoration and agriculture project at Santa Ana Pueblo
2’51 how do you decides what standard to restore to
4’27 hunting on the pueblo historically and now
7’19 restoring wildlife habitat as part of overall project
7’41 restoring wild turkey
8’31 pronghorn antelope reintroduction
9’32 having water sources for wildlife
10’10 using gps and radio collars
11’08 farmers on the pueblo
11’30 eating the food they produce and sharing it
12’39 leaving food for wildlife
12’59 cultivating regenerative practices for cattle
15’48 working with overgrowth of juniper
18’30 nursery center with greenhouses, where they germinate native species
18’59 cultural components of restoration
20’05 science education component
21’01 looking back at successes and challenges going forward
22’48 closing thoughts, mother earth