Giant bison, mammoths, and eagles: a deep history of the American continent 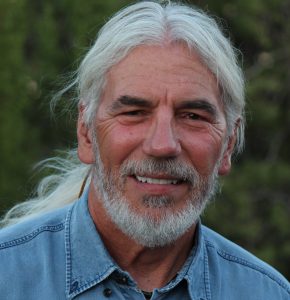 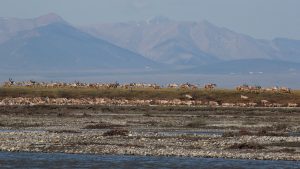 66 million years ago an asteroid struck earth, causing the fifth mass extinction of species on earth. With the dinosaurs gone, new species proliferated all over the planet. Now we’re in the sixth extinction––this time caused by people. But when did it start? And what happened on on this continent in particular?
Dan Flores‘ new book, Wild New World: The Epic Story of Animals & People in America, explores the deep history of the North American continent, which was once populated by giant bison and mammoths, massive eagles and condors, ground sloths and dire wolves––all of whom were here when human beings first arrived tens of thousands of years ago––and how people affected their environment and its animals, from the first migrating bands to the wildly destructive European colonizers.

Dan Flores is Professor Emeritus of Western History at the University of Montana. He’s the author of eleven books, and he lives outside of Santa Fe, New Mexico.

Check out two of my past interviews with Dan Flores:
• Visions of the Big Sky: Painting and Photographing the Northern Rocky Mountain West
• History of the American West