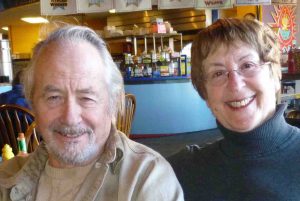 Mark Twain encountered the work of Shakespeare when he was a small child, and as a writer was in dialogue with him for his entire life. Now that dialogue comes to Santa Fe as a play by Lois Rudnick and Jonathan Richards, a scholar and an actor/playwright. We talk about the many connections between these two literary figures, and some of the history of how their work was received and interpreted—including a major riot.

The staged reading of Ever the Twain: William Shakespeare in Mark Twain’s America will be performed on May 29, at 7:30 pm at the Lensic Performing Arts Center