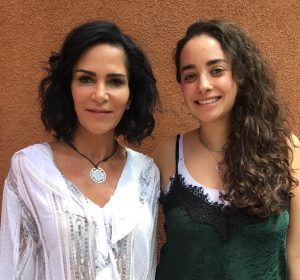 Lydia Cacho is a Mexican journalist, feminist, human rights activist, and author of several books. She uncovered a pedophilia and child pornography ring, resulting in a 113-year prison sentence for its powerful leader. She was brutally beaten, raped, and left for dead in retaliation. But her spirit was not broken; instead she has become one of the most respected influential journalists in Mexico. She worked with Marcela Zendejas, a documentarian and human rights activist, to create a web series called Somos Valientes, which is about children who are finding paths to public service and personal empowerment.