The Reindeer Chronicles: Stories of restoration from around the planet 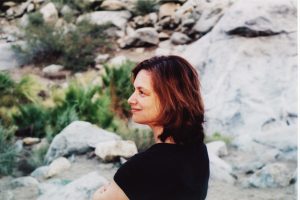 Judith Schwartz is the author of several books, including Cows Save the Planet and Water in Plain Sight. Her new book, The Reindeer Chronicles: And Other Inspiring Stories of Working with Nature to Heal the Earth, is a riveting series of reports from all over the globe about people who are restoring landscapes and dealing with deeply entrenched conflicts that are exacerbated by their degraded ecosystems. She takes us to China, the Middle East, New Mexico, Mali, Hawaii, Spain, Norway, and other places where people are working with each other and working with nature–rather than against it. The results are extraordinary: healthy land, clean water, economic prosperity, and even climate change mitigation.

The Reindeer Chronicles is published by Chelsea Green, and they’re offering Down to Earth listeners a 30% discount! Click HERE and use the discount code DTE30

3’31 land doesn’t necessarily heal by itself, without human intervention
4’15 the story of the Loess Plateau in China–how the land degraded, and the human consequences
6’12 filmmaker John Liu began to document the problems on the land
8’28 techniques for land restoration on the plateau–simple things like terracing
9’09 penning the animals
10’49 very inexpensive per acre to do land restoration, and it paid for itself many times over
12’07 the value of using low technologies, and making sure to consider inintended consequences
13’33 the great importance of engaging the people on the land instead of imposing top-down solutions
14’00 an example of the nation of Mali where tribespeople increased their land productivity by 78%
18’10 New Mexico ranchers finding their way to consensus
21’51 this process led to Healthy Soils legislation in NM
22’48 the difference between consensus and compromise
24’36 the importance of talking with your neighbors–often people want to do the same things but are worried about what their neighbors would think
26’32 what happens when indigenous people are forced to join the global economy–it’s not good
29’56 Norway’s policies toward indigenous reindeer herders
31’19 government wanted indigenous land for mineral extraction
34’18 reindeer keep the ground cool by grazing–in polar areas that are warming excessively
36’15 wild donkeys in Australia have filled an ecological niche, building soil, and acting as fire managers
37’41 extinction of megafauna in Australia, whose roles are now filled by donkeys
38’56 alternatives to the extractive economy
43’04 regenerative economy as a circular economy, based in the principles of nature
43’39 using permaculture principles
46’01 women in agriculture
49’16 example from Spain about how land use affects temperature, water cycles, and climate
54’01 focusing not just on carbon emissions but on land use
55’43 changing how we see things in our own communities as well as globally
59’34 here’s how you can get 30% off on the book: click HERE and use the discount code DTE30