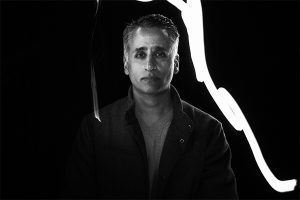 Filmmaker Sanjay Rawal‘s new documentary, Gather, explores how Native Americans across the U.S. are rediscovering their food traditions–and building on them in the context of present-day realities. We meet a world-class chef who returned to his roots and opened a Native cuisine-based restaurant in an old gas station; a young Lakota woman from a buffalo ranch who is combining her love of science and of her own culture; and a group of young men from Pacific salmon country who are reclaiming their fishing traditions within a worldwide indigenous context.
Gather screened at the Regenerate conference, and it’s available for streaming on iTunes, Amazon, and Vimeo-on-Demand.

3’01.6227 the film “Gather” as a collaboration with Native people
4’14.9651 Native food and land traditions replaced by cash crops
5’28.7867 Nephi Craig combining high end culinary and Native food traditions
6’46.1829 symbolism of having a Native resturant at an old gas station/convenience store
8’49.0668 rebuilding connection to land and environment through food
11’45.2797 Elsie DuBray growing up on a buffalo ranch and the importance of reestablishing the cultural and food place of these animals
14’20.3479 becoming a scientist and reconnecting to Lakota culture
16’12.7913 Yurok people of northern California and getting politicized by food and seeing themselves in an international context
19’03.1946 a pan-indigenous perspective
20’53.3205 being a non-Native entering the struggle and hope of the people he fimed
22’20.4235 the importance of Native languages to describe plants, food, cooking, etc.
23’39.2436 going to his own parents to learn about food traditions of India
24’49.8946 addressing inequality in “bipoc” farmers (black, indigenous, people of color)